During the dot com phase of San Francisco during the mid 1990’s, a portion of the Mission District was called the North Eastern Mission Industrial Section or NEMIS.  This term was as short lived as the dot com era.  I lived in this section of San Francisco during this period.  As I walked the streets surrounding my home,  I noticed used condoms daily.  As a photographer, I decided to document these objects.  As repelling as the condoms were/are, they remain important markers of gentrification in many urban areas.  With the ever-growing division of wealth in our society, people either live in gated communities or in areas where the streets are littered with condoms and heroin needles.  Prostitution is a city-wide community issue, yet not everyone has to deal with used condoms on a daily basis.  These photos led directly to my BRONZE CONDOM PROJECT. 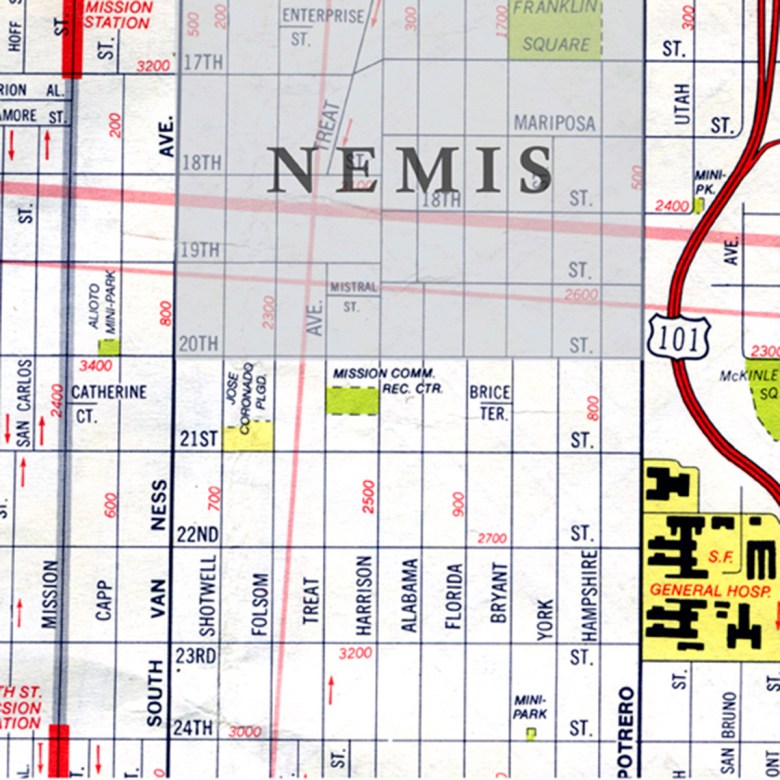