Bronze Condoms is a site specific, public interactive project addressing gentrification and redevelopment in urban areas.  In 2008, I started creating bronze condoms and placing them in areas that I felt have been gentrified.  In my opinion, our cities are becoming divided into areas of either great wealth or poverty.  Those that live in poorer areas are continually dealing with issues of drug use, crime and/or prostitution in their neighborhoods.  By placing the bronze condoms in areas that are absent used condoms, I hope to draw attention to these growing issues of gentrification in our communities.  If  you found one if my bronze condoms please email me at gregmettler@gmail.com and let me know where you found it.  And if you feel inclined, leave it in another place that you feel has been redeveloped or gentrified!! 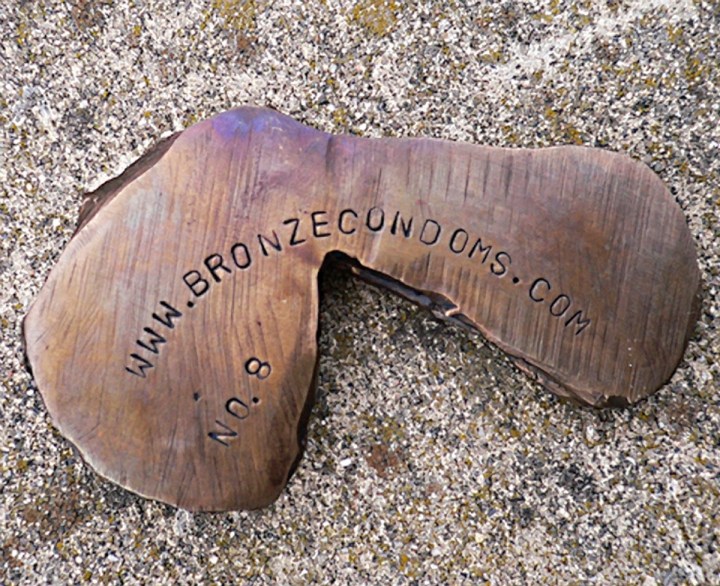